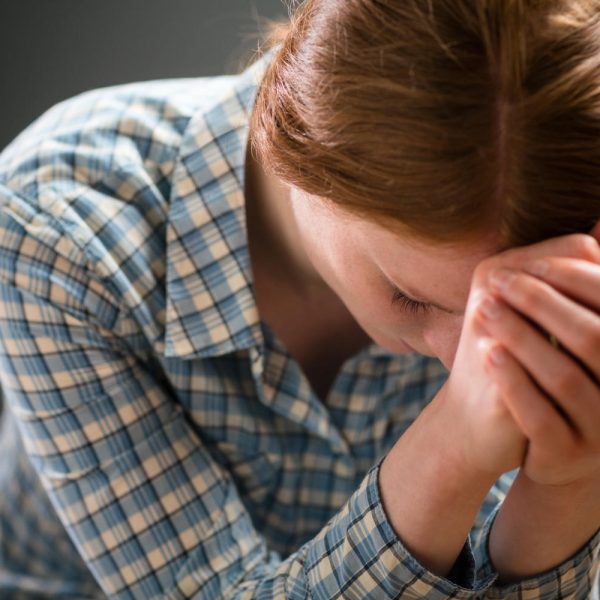 Ego is defined as sense of self-esteem or self-importance. When ego matures it will be known as Narcissistic Personality Disorder (“NPD”). NPD is a personality disorder in which there is a long-term pattern of abnormal behaviour characterized by exaggerated feelings of self-importance and an excessive need for admiration. People affected by it often spend a lot of time thinking about achieving power or success, or about their appearance. So often times, people get to the NPD stage without realizing it. An egoistic person can see someone else’ ego but not their own. Symptoms include but not limited to, pointing fingers at others and never at yourself, never being apologetic, non-existence of the word “sorry” in your vocabulary, living beyond your means, etc.

In 1 John 2:16, ego is defined as “pride of life”, “For all that is in the world, the lust of the flesh, and the lust of the eyes, and the pride of life, is not of the Father, but is of the world.” It is clear that ego is not from God, but from the world. Most of the people in the world suffer from this disease but only a few acknowledge it. It is easy to point at the “usual” sins such as adultery, lust, gossip, fornication etc. and overlook our daily habits which are characterized by ego. We also need to be delivered from ego.

At this time, some may still be thinking that they don’t suffer from this disease but, I’m sure most of us do. From the above referenced Bible verses, Aaron was asked by the children of Israel to make them gods, “23. For they said unto me, Make us gods, which shall go before us,…” which he did. When asked by Moses what the people did to him, Aaron goes on to explain how evil the people are and how they influenced him but never does he put himself in the evil group. Aaron was asked to make “gods” for the children of Israel but never does the Bible say Aaron built the golden calf because there was a gun on his head. This therefore means, he did it out of his own free will. He could have said no and nothing was going to happen to me. His agreement to build a golden calf makes him equally evil with the rest of the Israelites. Because Aaron was suffering from egotism, he didn’t see anything wrong with his actions. Aaron does not repent for his sin because he wanted to preserve his self-image before the children of Israel. Ego sees the fault in others but not your own faults. This ego is one of things that hindered Aaron from entering into the Promised Land.

Aaron’s ego was well inherited by Saul. In the referenced verses from the book of 1st Samuel, Saul takes over the office of the priest (Samuel) and offers a sacrifice to God. His aim was not to please God but, to please people. He had told people that they were going to sacrifice to God so he wanted to live up to their expectations and be regarded as a king that lives by his word. Saul clearly states this himself when asked by Samuel, he says, “13:11 And Saul said, because I saw that the people were scattered from me …” Ego makes you think that they are your people even though they are not your people. Ego makes you think you gathered the people in the first place when you in fact didn’t gather them.

As if this was not enough, he goes on in chapter 15 when he was asked to destroy the city of Amalek. When Samuel asked him why he didn’t destroy everything, he says, “ vs. 15 And Saul said, They have brought them from the Amalekites: for the people spared the best of the sheep and of the oxen, to sacrifice unto the LORD thy God…”. Vs 21 he then says, “But the people took of the spoil…” Saul was king, can the people take spare anything or take the spoil without the approval of the king? Definitely Not. He never includes himself in the group of these people who disobeyed. It was better had he said “we” which includes himself. Instead he says, “…, because I feared the people,and obeyed their voice.” Sometimes ego makes people play victim so that they can always be regarded as the ones who have been wronged. Saul was now presenting himself as a victim because he didn’t want to take the blame. When ego takes over, even if you are king you end up playing victim to people your rule over. When ego takes over, a parent will play victim to his or her own child/children. A lot of parents are playing victim to their children to preserve their self-images.

When ego takes over, it takes total control of your thoughts and actions. Not long after playing victim, Saul commands Samuel; the representative of God to honour him, not before God but before the elders of his people and his people. “30. Then he said, I have sinned: yet honour me now, I pray thee, before the elders of my people, and before Israel…” This is after getting hold of Samuel’s robe and it tore. Saul is not apologetic for tearing the priest’s robe because ego doesn’t present this as being wrong. In his heart, Saul knew he had sinned as he said above but, his ego does not allow him to repent before the Lord. Saul didn’t lose his kingdom to David, he lost his kingdom to his ego and David had to take over after Saul failed.

How many blessings, miracles, promotions or whatever you can think of are we losing to our ego? You may not be faced with a situation like Saul’s where you have to destroy everything but what is it that you are not doing because you want people to like you, because you want to be “like them”, because you want to be right all the time? Some Christians want to appear to be holy or righteous all the time. We strive for holiness but we are not perfect. Holiness is pleasing before the Lord but, only true holiness and not pretence. You can be after the heart of God without being perfect but being meek at heart.

What we need to do is to follow the footsteps of David. David was a man after God’s heart yet he sinned. The difference between David and Saul and Aaron is that David takes fault, asks for forgiveness and works on getting better. 2 Sam 12: 13, “And David said unto Nathan, I have sinned against the LORD. And Nathan said unto David, The LORD also hath put away thy sin; thou shalt not die.” It is important to see how David does not waste time trying to justify his actions but straight away, he acknowledges he has sinned. He is not saying this straight to God in prayer but he is saying this to the prophet who is another human being.

Most Christians say they don’t have ego because they repent to God in prayer. Repenting in prayer in your closet is not wrong but let it start from the outside to the inside. The person you would have wronged is out there bitter and angry and you are making peace with God in your closet. If we as Christians accept our wrong-doings before other human beings, making peace with God becomes easier. Ego is a bitter pill to swallow but, but the patient needs it. Before you point a finger, before you put a blame on someone else, examine yourself from the other person’s perspective. Acknowledging your wrong-doing is not a weakness, it is a strength for you can only get better if you can acknowledge existence of areas of improvement. If you see yourself being right always, you block your eye from seeing anything wrong with you and you end up being Saul of your own type.

May the Good Lord help us accept fault when we are at fault and swallow our pride, ask for forgiveness before man and before His Throne of Grace.